Although initially considered as trials for the final large paintings, the boards (wood, compressed card and ply), developed a value of their own. They were reworked and re polished several times, then treated with different mixes of acrylic and ink with water and alcohol.

Where the polishing was deficient, pigment flowed into crevices and grooves. Whilst not the initial intention, the end result could be satisfying. The striations can be clearly observed on the image below. 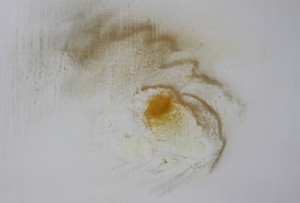 The pigments contained reflective elements which when tilted, produced different ‘images’. The above and below are images of the same board. 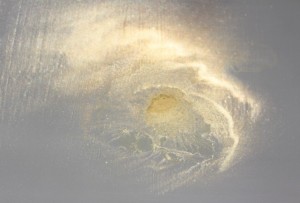 Wood ply and board (approximately A4 size), provided  physically manageable substrates upon which the pigment could be manipulated. Polishing the applied gesso layers became a compulsion, as great delight was anticipated in the unknown outcomes. The pigment could then be processed on sumptuously smooth surfaces.

The boards below are shown flat and tilted (their orientation may differ too), to alter the light’s reflection and to demonstrate some of the different images which might appear, producing their own other worldly maps and images. 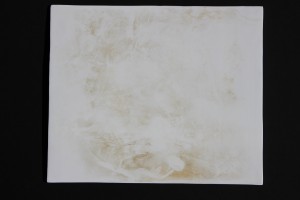 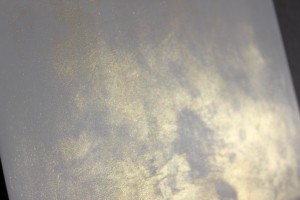 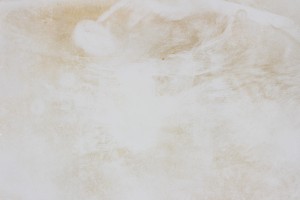 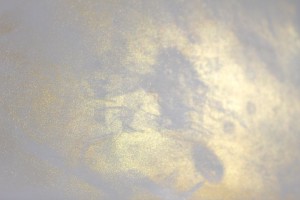 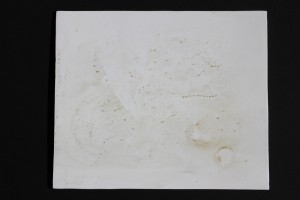 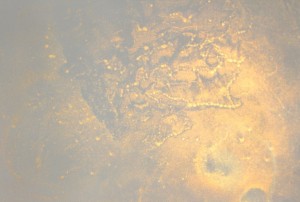 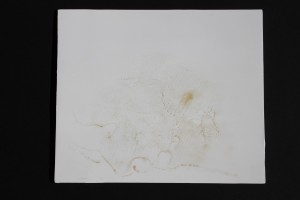 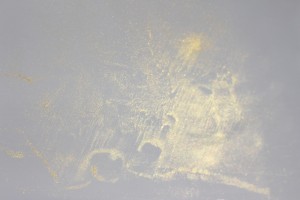 The larger piece below, is almost A1 in size. Its surface was not fully polished and it retained some of the ridges and depressions inevitable when gesso is applied by a brush. (Spray application of gesso had been attempted, it was not successful.) 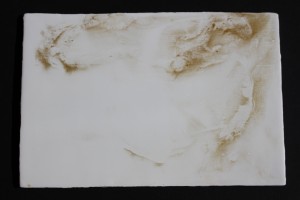 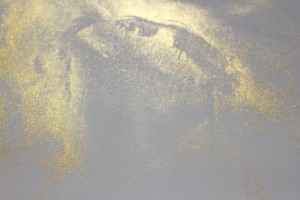 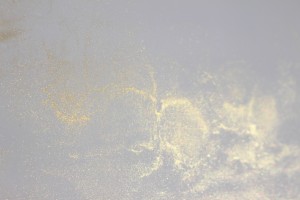 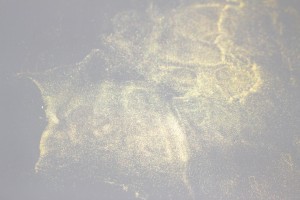 The working dimensions of this board offered opportunities for several interesting formations.