Gesso strips of different thicknesses were allowed to dry. Pigment (acrylic and ink), was introduced to their wetted unpolished, undulating surfaces. As they dried, some surfaces became even more uneven, causing pigment to pool in the crevices, whilst thinned flows remained on the raised areas. The strips range between eight and twelve cm in length (presented horizontally and temporarily on mountbard in these images). 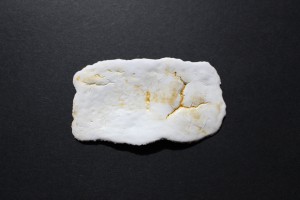 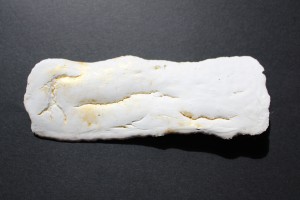 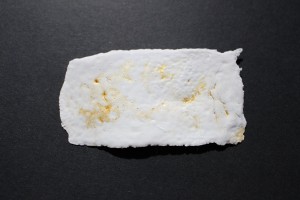 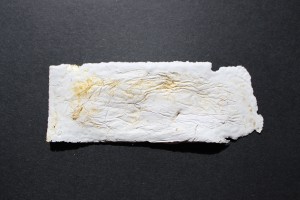 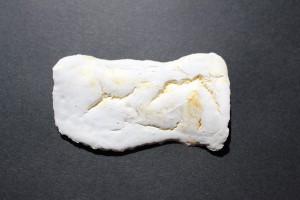 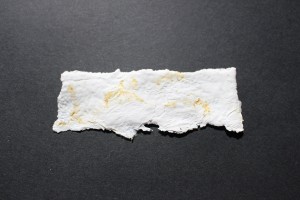 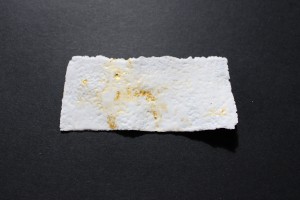 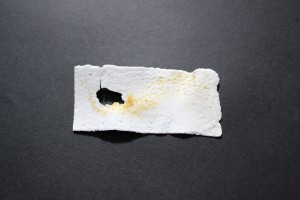 The last image is of a particular favourite. The aperture allowed pigment to make small journeys around its edge before it dried. This gave different concentrations of reflective material.

As has been mentioned elsewhere, photographing these works has been difficult and will be an area requiring development, or specialist photography.